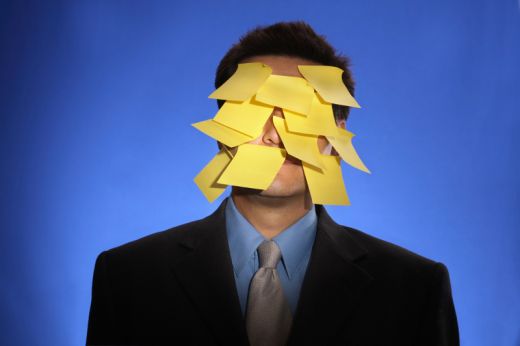 Maximum students often have trouble in recalling what they have studied just before an exam. Such a situation leaves them anxious and they are not able to perform well at their exams. Below we list best study hacks to help your brain remember information easier and quicker and eventually help you do better in your exams.

Andromeda is facing tough competition from competitors like Bank Bazar and Loan adda. These two banking and financial platform boasts more than 9 million visitors per month and offer more than 11 financial products with a collaboration of 40 banking partners

These startups will align with the company’s core business and would help them consolidate their position in their respective territory. It is interesting to see as many big enterprises are focusing on startups to keep themselves abreast the technology wave in the country.

In order to capture a bigger pie in Indian Ecommerce market Snap deal today initiated “Project Bharat”. The company plans to launch the site in 11 different Indian Languages in a bid to appeal the Non-Metro Audience. The project would enable 130 miilion Indian citizens to access and explore various products on the platform.

The company aims to attract more and more local vendors from different cities across the country and this move would help them connect to deeper cities across the country. In a statement issued on the launch of project the company said that 10% of the Indian population converse in English while 30% of them have access to internet. Thus the company want to join the remaining 20% in the main stream commerce economy.

This is one of its kind initiative by the company and other e-tailers are also expected to follow the suite.

Food e-tailer  Zomato has added a new feature in their app by which the users can chat with the restaurant owners regarding reservations and menu details. User can also connect to Zomato executives and can get updates on promo codes , offers and discounts. User can interact with the Customer service executives between 9 AM to 11 PM.

This a another step by Zomato to convert into a full service food app where users can browse and order food anytime anywhere. The app is available in many countries while the in app customer service is only launched in India and middle east.

Country’s top etailer Flipkart has decided to stop selling ebooks on their platform. All the existing orders will be served by Canadian E-book supplier Rakuten Kobo.

“The Indian book market is overwhelmingly dominated by physical books and this is a market that is growing at a fast clip. Flipkart will continue to be a leading player in the overall books market in India,” the company said in a statement. “In its overall strategy for books, Flipkart does not see the e-Books service as a strategic fit and hence the decision of transitioning the e-Books service to Kobo.”

This seems to be an interesting move as the rival ecommerce giant is focusing hard on selling e-books through their iconic reading tablet kindle. This is the third biggest category close by flipkart after music service “Flyte”  and payment gateway payzippy.

Flipkart has recently grossed a loss of 200 crore and company is focusing on high value products like electronics  goods.

Audi has launched one of its premium SUV Q7 today . The Car is priced at 72 lakhs and will be availble in two variants from January 2007. The company has priced the TDI variant at 72 Lakh while the TDI premium plus is priced at 77.5 Lakhs.The Cars were launched at a glamorous event by Indian Test Captain Virat Kohli.

The company has focussed on a sharper design and futurustic appeal.The company has also added Matrix LED lamps so as to give a sharp look. As per the design the car is 5,050mm long, 1,970mm wide and has a wheelbase of 2,990mm.The company has tried its best to reduce the weight of the car to 325 KG.

Kishore Biyani lead future group is in talk with various strategic investors to rise 300 crore for the FMCG business. As per reports two Belgium based company Verlinvest and Arisaig has decided to invest in the CO in the near future. Both these companies hold 10% of the comapny. Kishore Biyani , the man behind the retail revolution of the country has focused majorly in retail sector in recent years.

The company has recorded a net growth of Rs 447 crore for the quarter ended in September this year . The company has grown by 52% in this quarter which is a good sign for the company. Company’s flagship brands like Sunskrit and Harvest has also shown growth. The group has launched a series of new brands and flour based foods which have been a huge success in recent times.

It will be interesting to see when and where the investment would take place and what will be the future of the company.

One of the biggest investment program by Bentley , Bentayga has been launched. The company manufactured the first car from its assembly in Crewe, UK . Customers can receive the car from early next year once the company finishes the testing and other approval procedures by later this month. The product will be the best in its class and the company reportedly announced that the project would crease around 1500 jobs in UK.

“Bentley Bentayga will be the benchmark against which all other SUVs are measured, defining a new segment – the luxury SUV”, Chairman and Chief Executive of Bentley Motors Wolfgang Darheimer said in a statement.

The first Bentayga was painted  in Anthracite color and its took 13 hours for the handicraft experts to do the job.  The model is said to be one of the toughest SV model  being produced by the company in recent times.

There was a huge applause when the first car was launched as the Prime Minister David Cameroon  said “I am delighted that the first Bentley Bentayga has rolled off the production line in Crewe. It marks the culmination of a period of exceptional hard work by Bentley and its dedicated workforce as they brought this remarkable new vehicle to market.”

Daimler’s Mercedes Benz had a great festive season this year as its SUV sales reached its pole . The demand for SUV for as its peak globally while there was a good demand for compact vehicles. The global delivery of the brand rose by 7.4 % to 161,953 vehicles in 11 month period. The company has beaten the previous year record by a good margin.

The demand for SUV was also seen in other Asian and South Eastern countries like China and Singapore. The company recently launched its AGS model this month and hopes to pin down the high end  domestic  market.